A Good Game of Catch 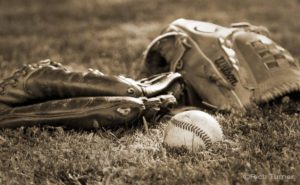 Pitchers and catchers report to Spring Training on February 14, an appropriate date for those of us who love the game.  With the regular season just around the corner I’m feeling a bit nostalgic; baseball has a way of doing that to me.

As they say in the movies, “The following is based on true events…”

I hope I remembered to tell them ‘good game’ afterward. Because that’s the only kind there is.

No related articles yet.